Two visionary eye surgeons. One vision: to eradicate avoidable blindness in Nepal and across the poorest areas in the developing world.

Imagine life if you were unable to see. Could you find the toilet, or leave in an emergency? Now imagine you lived in a place where there are no paved roads, no clean water. In our world, 14 million people, more than the entire population of Canada, are blind, unable to perform the daily tasks of living. Ninety percent of the world's visually impaired live in low-income settings. Eighty-five percent of the blindness on our planet could be cured, or could have been prevented. 20 million people are needlessly blind from treatable cataracts.

Now imagine: There exists a surgery that can restore perfect sight to these people in five minutes, for the cost of $25 per surgery. Imagine: We can overcome all the needless blindness in the world. People say it's impossible.

Impossible becomes possible with the first step. In 1983, when we set out to climb the east face — the Kangshung face — of Everest, we were told it was impossible. The lower headwall is 5000 vertical feet with technical difficulty similar to rock climbing El Capitan with vertical ice, at altitude. And we'd be climbing from Tibet, with no native support on the mountain whatever.

So how do you dare the impossible? First, you have to put in the years of climbing and training and pushing yourself to your limits. But we were venturing into a realm of technical difficulty that had never been attempted on an 8,000-meter peak. While we may not have been the 12 best individual climbers in America in 1983, there couldn't have been a better team. We shared a passion, commitment, and a willingness to dare the impossible. Success is the result of action, not dreams. On October 8, 1983, we completed the first ascent of the East Face of Mount Everest. Thirty-one years later, our route still has never been repeated.

So what does this have to do with world blindness? First, the opportunity to climb in Asia and Africa allowed me to witness firsthand the consequences of extreme poverty on health, and the disparity in healthcare systems throughout the world. My focus was already on global health by the time I matriculated at medical school. But I also got to know Sir Edmund Hillary, who liked it at base camp on the East Face of Mount Everest with us. And Hillary is one of my heroes, not so much for what he's done in the climbing and exploration realm, but for what he's given back, building schools and hospitals for the people of Nepal. I had the opportunity to work as a doctor at one of the hospitals that Sir Edmund Hillary built. Many of the problems I faced were public health issues, problems of poverty. I watched children dying of diarrhea and pneumonia and things that would be so easy to treat in the Western world. I also had the opportunity to see the impact of blindness. In the village where I lived, it was just accepted that you grew old, your hair turned white, your eyes turned white, and then you died.

I saw the effects that blindness had on the people. They became shriveled, depressed. The life expectancy of people once a person goes blind in the developing world is reduced by one-third in comparison to that of healthy peers. For blind children the fate is much worse. And the devastation of blindness extends beyond the individual to the family and the community, because it takes an additional able-bodied person out of the workforce to care for the blind person, or a child out of school to lead their father around by a stick. Another expression for a blind person in Nepal is "a mouth with no hands."

When I was in Nepal I watched a Dutch team come in and perform cataract surgery, taking out the cloudy lens and putting in a lens implant. This not only restored sight, it restored life to the people in our village. One day after surgery, people were straightening up and blossoming. They looked 20 years younger.

I returned to America, trained as an ophthalmologist, did advanced training in complex cataract surgery and corneal transplant surgery, and then returned to Nepal to work with Dr. Sanduk Ruit, my elder brother and the genius behind everything we have been able to accomplish. Sanduk was born in a small hill village four days' walk from the nearest road. He went on, started school at age eight in Darjeeling, India. Earned scholarships to the best institutions in India. Trained as ophthalmologist in India, then did fellowships first in the Netherlands and then in Australia. He returned to Nepal with a full knowledge of absolute state-of-the art Western eye care and the best Western eye surgery. And he began to imagine: How could you bring the same top-quality care to the poorest of the poor, in Nepal, at an affordable cost?

Prior to Dr. Ruit returning to Nepal, all of the cataract surgery performed in Asia and in Africa for poor people was a very crude operation where we would basically splice the eye in half and remove the whole lens. If the eye survived that surgery, patients would get these thick coke-bottle–like lenses that in the best of circumstances give a distorted vision. The cataract is the clouding of the proteins in the lens of the eye, which is just behind the pretty colored part of the eye called the iris. In modern cataract surgery, we make a small incision in the eye wall — it's self-sealing — open the outer capsule of the "peanut M&M," take out all of the cloudy proteins, clean the capsule out, and put a clear lens implant into the lens capsule.

Dr. Ruit had already developed a system with eye care delivery in which the quality, sterility, and infection rates were the same as we have in the best centers in the West. But when Dr. Ruit returned to Nepal, the least expensive lens implant on the world market was $200. That's more than the average yearly income of a Nepali citizen. Dr. Ruit had the genius to team up with an Australian ophthalmologist named Fred Hollows to raise the funds to start the first low-cost interocular lens factory in the world, which was built in Kathmandu right next to our eye center. The lenses made in that factory are exactly the same quality as what I put into patients in America, but they cost $4 a lens. Dr. Ruit developed a technique of doing the same quality eye surgery that I do for $3,000 in the United States, without the expensive machines, using locally manufactured material, for $20.

I came to Nepal and I worked side by side with Dr. Ruit, and in three days we restored sight to 224 people. Dr. Ruit did 201 surgeries while I did 23. The results were absolutely incredible. About 80 percent of our patients could see well enough to be able to pass the American driving test one day after surgery.

With this system, a single doctor in Nepal can provide more than 100 sight-restoring cataract surgeries in a day.

Prior to when we started, no one in rural Nepal knew they could have their sight restored. So people didn't really come for surgery. It became a matter of education and teaching, as well, not just the doctors, but really creating the whole system. A primary eye care system with primary eye centers dotted throughout the hills of Nepal, referring to cataract centers throughout Nepal. And then we have our great sub-specialty full-service eye hospital, the Tilganga Institute of Ophthalmology, in Kathmandu.

We also developed a cost-recovery model. We have the elite of Nepal pay for their services in Nepal, which provides a subsidy to provide free care for the poor. By engaging the powerful, we are able to give great care for free to the powerless. And we go beyond just "teaching a man to fish." We're teaching fleets of fishermen to cast their nets widely. And through quality – which is really the essential ingredient — we teach them how to sell the fish. And we've begun to actually reach the poorest of the poor.

When we started, there were more blind people from cataracts in the Himalayas than there are people in the entire state of Wyoming. Now Nepal, the poorest country in south Asia, went from having 15,000 cataract surgeries performed per year in 1994 to 300,000 cataract surgeries in 2013. The rate of blindness in Nepal has dropped from 1 blind person per 100 to less than 0.2 percent.

People wonder, "How good is the quality? What are these people really seeing right after surgery?" Well, we performed a prospective randomized trial, bringing a marquee surgeon from America, David Chang, a professor at the University of California, San Francisco, to Nepal. One of our big ophthalmic pharmaceuticals reconstructed his entire operating room in Los Gatos, California, in a monastery in Nepal. He and Dr. Ruit operated side by side. And the only difference in results were the cost and the speed. Dr. Ruit was three times faster and ten times less expensive. At one year, we have a 99 percent success rate.

Imagine: In the time it took for you to read this, two surgeons working in Nepal could have restored sight to six people, for a cost of under $200. It's time to dare the impossible. We have a great team. We need more people with passion. More people with commitment. In the world of global health, there are few areas where we can absolutely win. We can win this.

Helen Keller said, "Because I cannot do everything, I will not refuse to do something I can do."

Eliminating unnecessary blindness is something we can do.

I believe this is probably the best you can do to humankind. It's so cost effective and it gives so much. So much power, so much change in the life of people."

Of the more than 39 million people worldwide suffering from unnecessary blindness, more than half are due to cataract — which can be surgically treated. 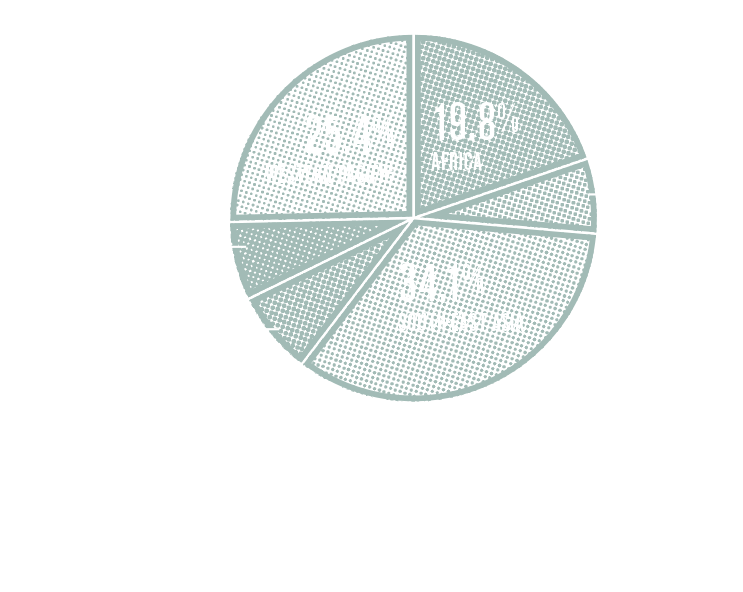