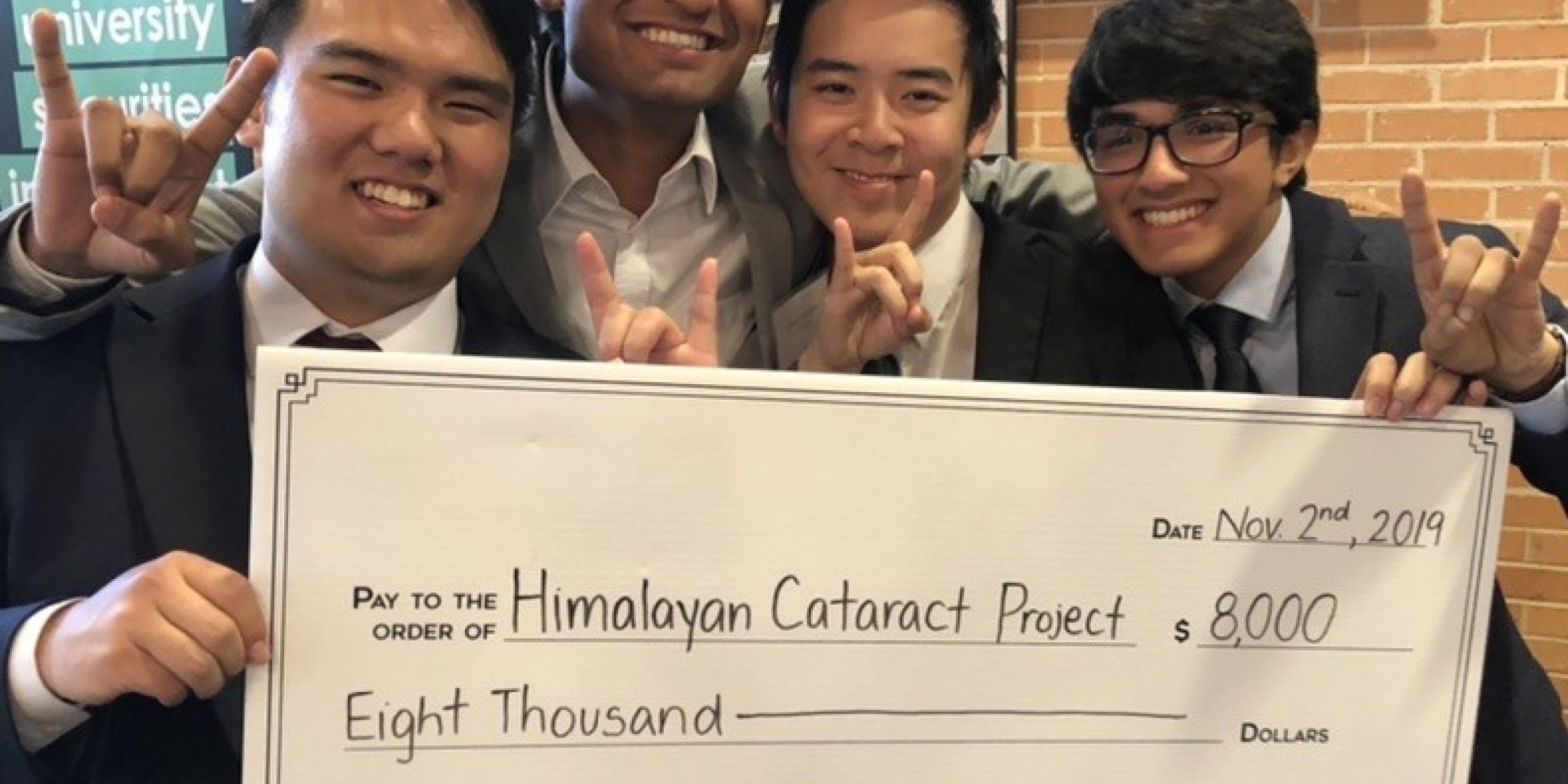 The Himalayan Cataract Project recently came out on top in a Texas charity contest. 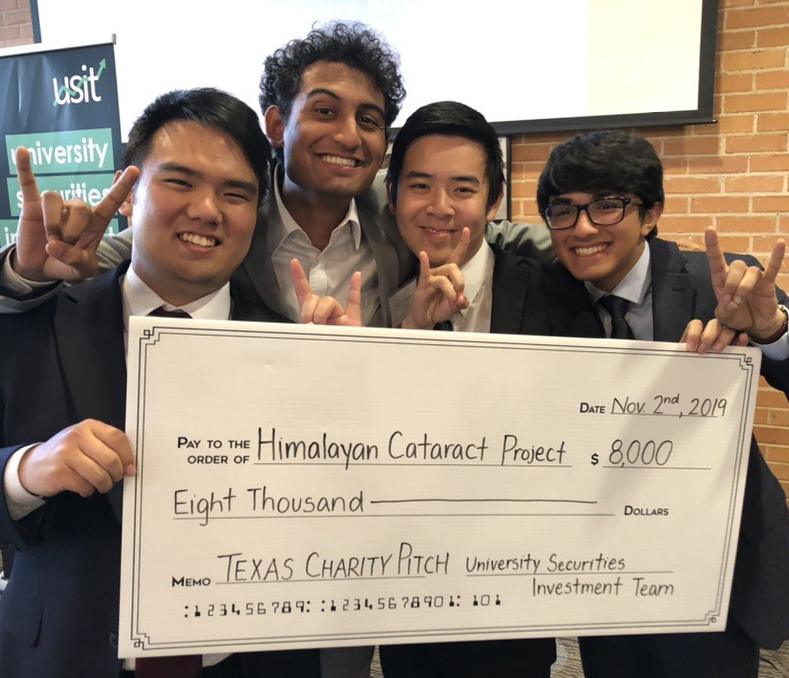 As part of The Texas Charity Pitch, a group of University of Texas students made the case for HCP as the best charity investment to a board of judges. The group of students pitching HCP ultimately beat out 24 other teams and received an $8,000 donation for HCP as a result of their winning pitch.

Warren Chen, Edward Kim, Suraj Bhat, and Sehaj Sandhu, made up the winning team of the Texas Charity Pitch (TCP), a competition hosted by the University Securities Investment Team. The TCP is a regional competition open to undergraduates across Texas, allowing students to fundraise for a charity of their choice.

The competition emphasizes the importance of not only raising money, but spending said money wisely stating, “giving is good; giving effectively is better.” In that spirit, the Texas Charity Pitch focuses their efforts on the most fiscally responsible and impactful charities.

TCP’s belief in responsible and sound investments is mirrored in their competition’s host, the University Securities Investment Team. The University Securities Investment Team is the premier investing organization at The University of Texas and is devoted to teaching students how to invest intelligently. The competition is designed to help students learn how to pick stocks by researching organizations financials and gaining an understanding of the business.

While searching for a charity that emphasizes fiscal responsibility and worthwhile spending, one of the group members remembered seeing HCP on CBS News’ 60 Minutes and pushed the rest of his team toward the cause.

The team thoroughly vetted their decision through in-depth research on HCP, burrowing through years of annual reports and reaching out to HCP staff for help on understanding the details of the organization’s financials and growth trajectory.

Warren Chen stated he knew they had picked the right charity, they were highly inspired by HCP and felt that HCP’s “incredible impact and quality” helped them win the competition.