Pediatric Eye Care in Bhutan Gets a Lift

​A pediatric outreach was just conducted in Bumthang, Bhutan, in the country’s central region - only the second such outreach specifically targeting children.

The seven-day event hosted at the district hospital attracted over 1,050 patients all of whom received comprehensive eye care. Students from the local schools were screened and given glasses as needed. Several children were advised to follow up at the capital city for surgery as the district hospital is not equipped for general anesthesia, which is required for children undergoing eye surgery.

One of those children included a one-year-old Jigme Losel Khenrab. Jigme was screened during the outreach and referred to Jigme Dorji Wangchuck National Referral Hospital for surgery after being diagnosed with congenital cataract in both eyes. During his initial visit to the hospital, he was unable to see objects or toys and did not respond to light. 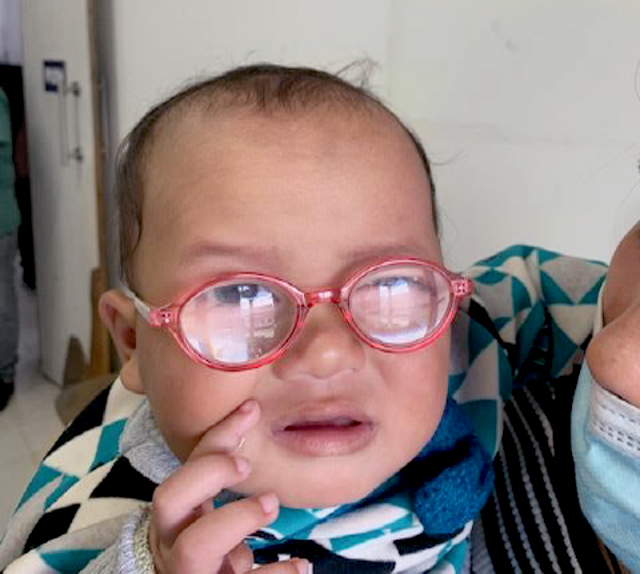 Jigme underwent successful cataract surgery in both eyes. For now, he is using aphakic glasses, which will serve as his only lenses until he is old enough to have surgery to implant lenses into his eyes. Jigme is able to see his parents and play with his toys. This is one example of how pediatric ophthalmology outreach services can identify and treat young patients in need.

These outreach activities were conducted by the Primary Eye Care program, Bhutan Ministry of Health, and the Department of Ophthalmology from JDW National Referral Hospital.