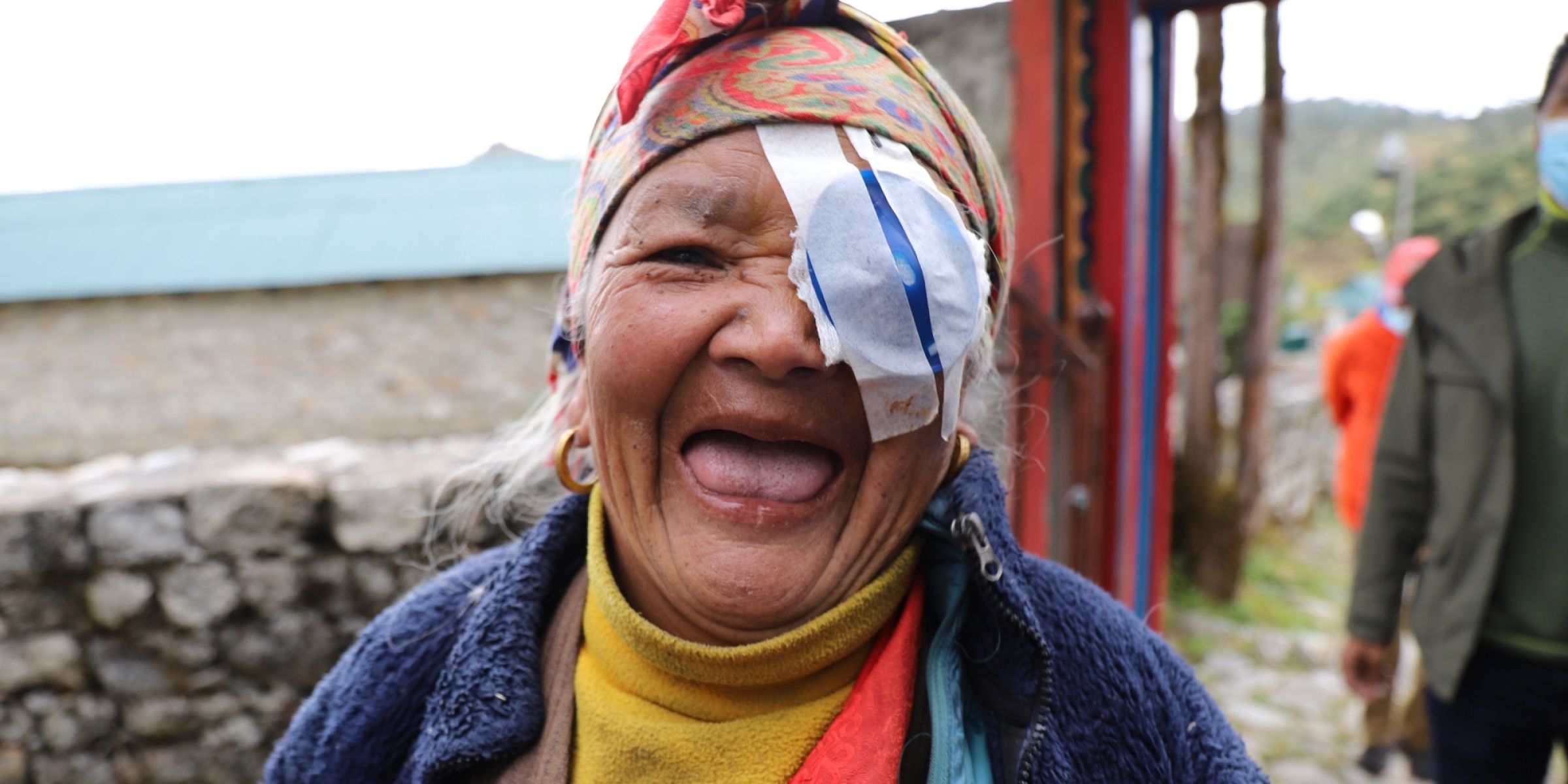 High in the Everest region, above 12,000 feet, a team led by the Tilganga Institute of Ophthalmology’s CEO, Dr. Reeta Gurung conducted a two-day surgical outreach in Khunde, Nepal to celebrate World Sight Day 2021. 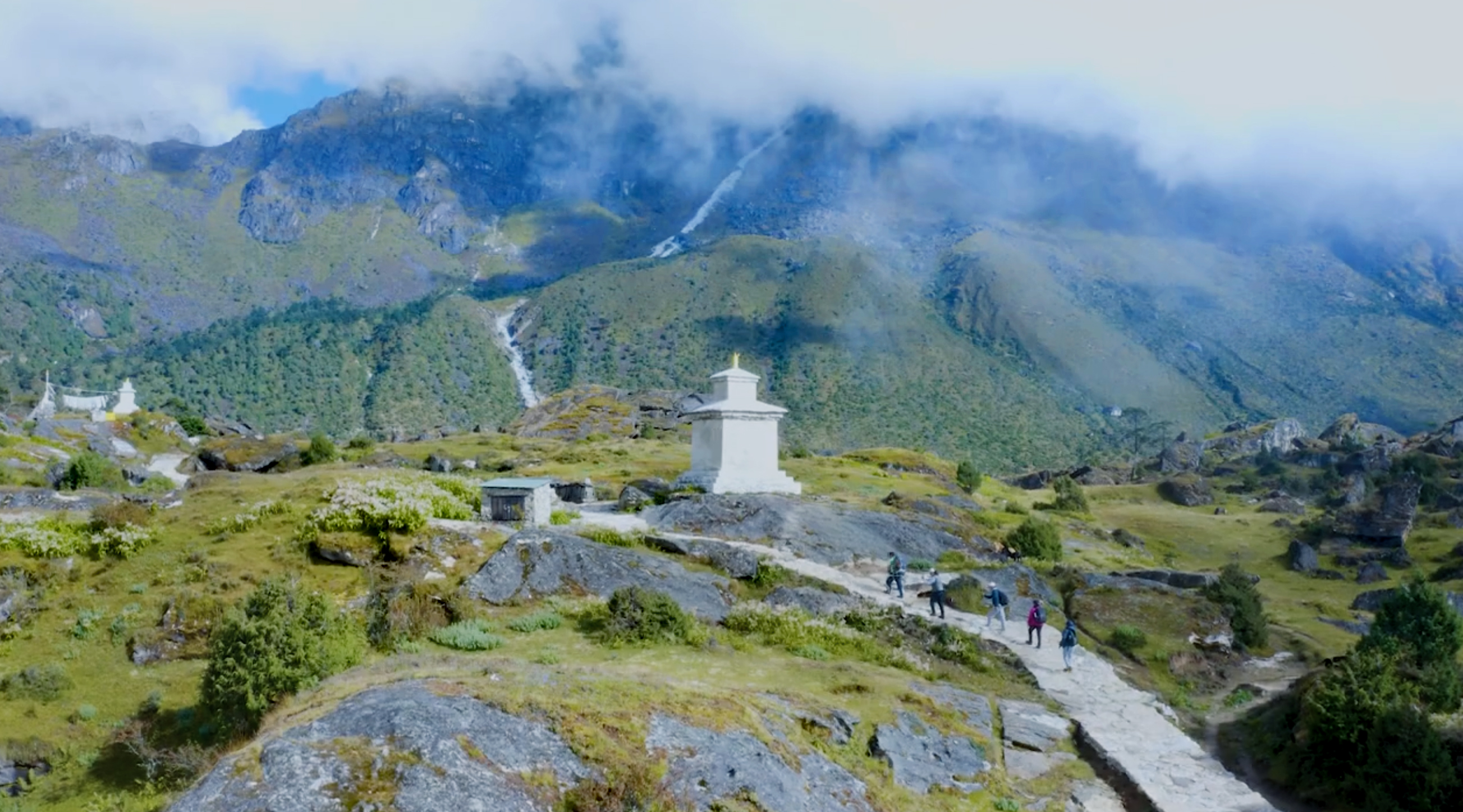 During eight days of patient screenings, 927 people were assessed, with glasses and medication distributed to those in need. Following the screenings, 27 patients received cataract surgery (2 patients had surgery in both eyes) at Khunde Hospital. Khunde Hospital is not typically equipped to provide cataract surgery. The operating room was set up for surgery with the supplies brought in by the Tilganga team and their pack animals. Rooms were divided into anesthesia, sterilization, and a main operating theater.

The day after the surgeries, bandages were removed. The 27 patients who received surgery sang and danced with joy in celebration of regaining their eyesight. Dr. Gurung addressed the happy patients, “Great thanks to all of you who trusted us to do your surgery.” 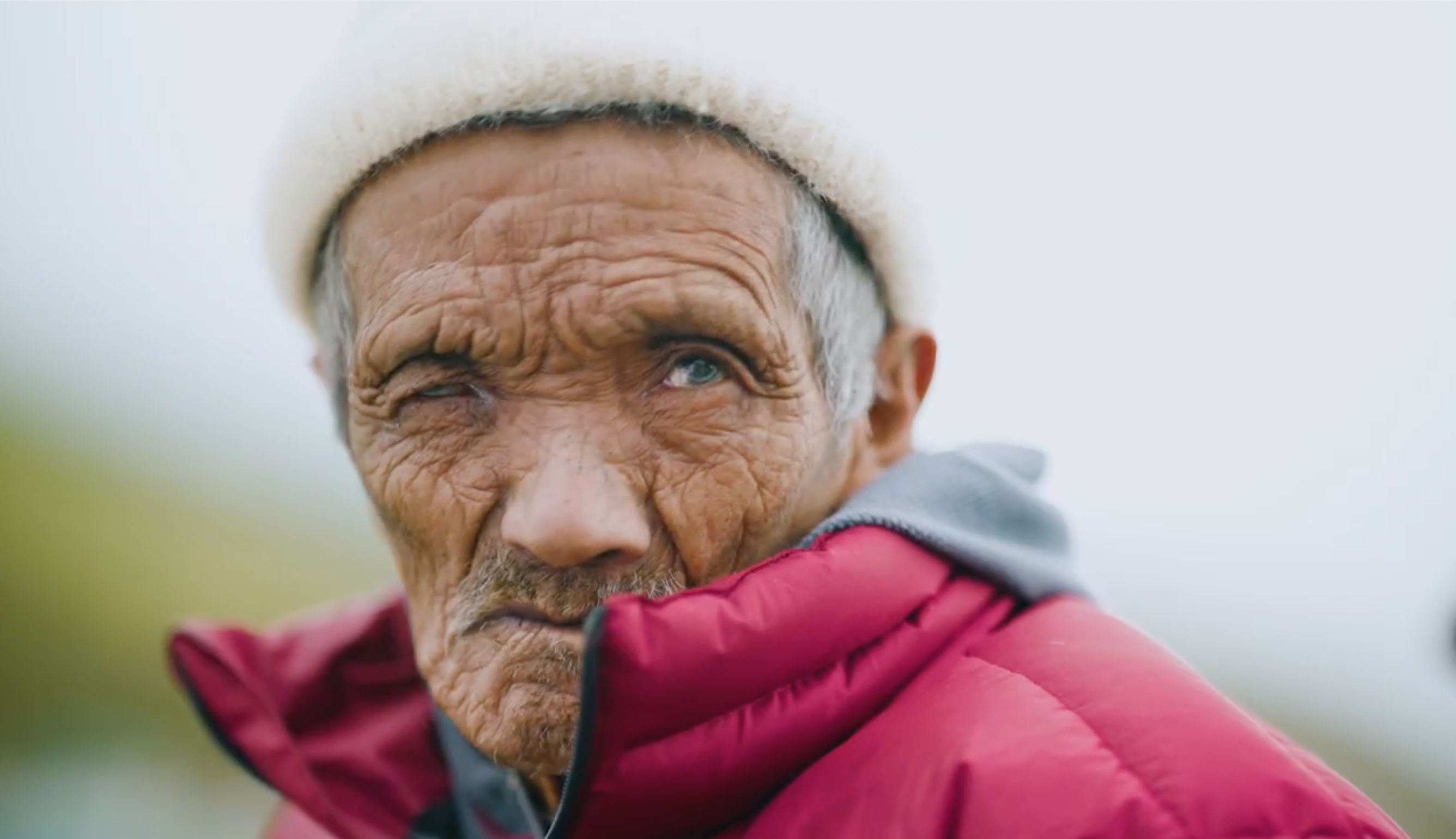 Among the patients who received surgery was Tshering Sherpa, a 74 year-old man from the remote village of Phorche. Blind from cataracts for two years, Tshering was unable to walk or feed himself without his family’s assistance and had become silent and withdrawn. Tshering’s son, Karma, carried him on his back to the Khunde screening and surgical outreach. 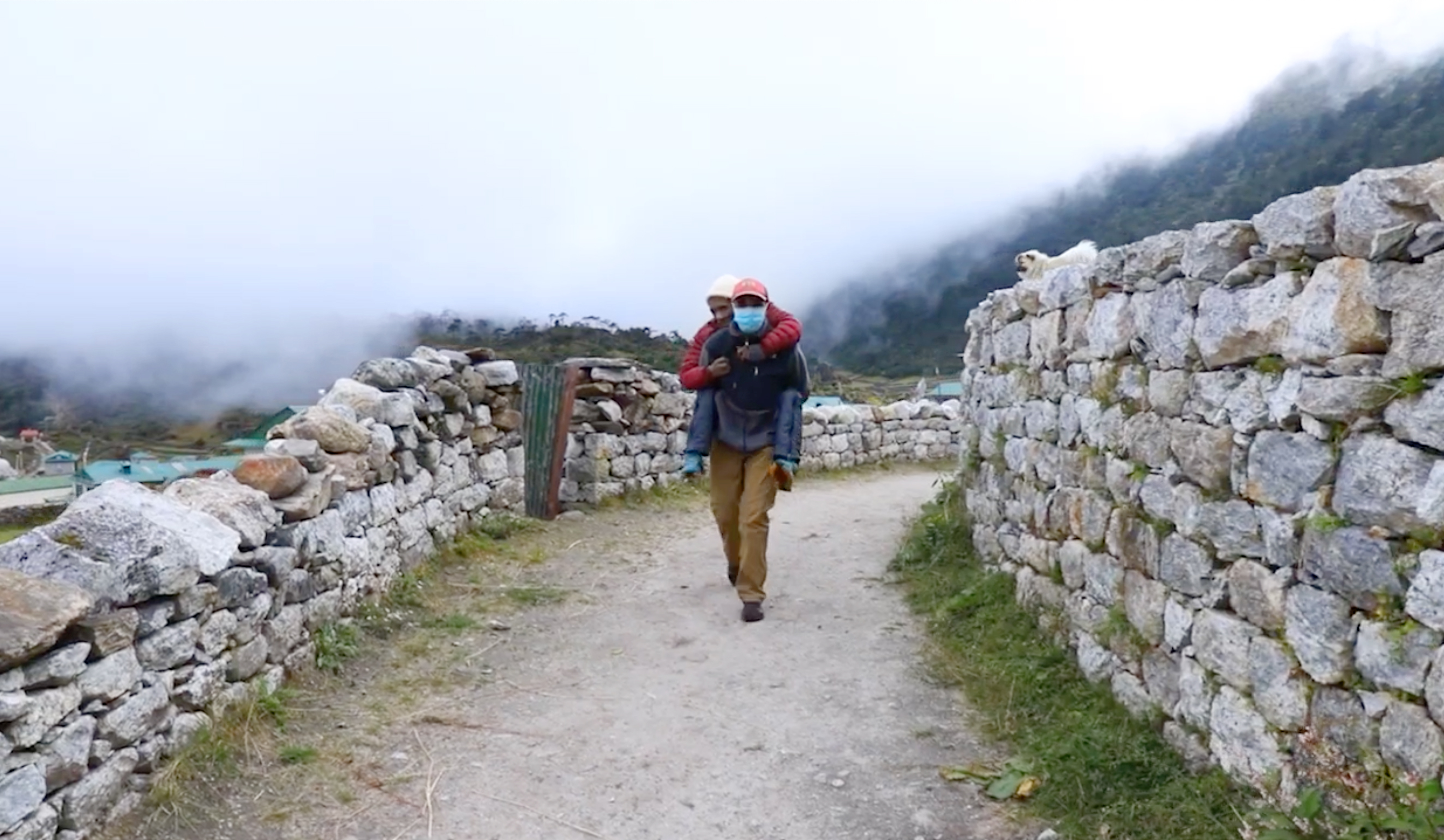 At the outreach, Dr. Reeta Gurung examined Tshering’s eyes and completed his surgeries under local anesthesia. The following day, Dr. Gurung removed the protective eye shields from both of Tshering’s eyes. He was happy to see the doctor's face. For a few moments after the bandages were removed, he did not recognize his son. Joyful surprise filled his face as he realized he was looking at his son, Karma.

Tshering wished blessings on Dr. Gurung and her surgical team. When Karma was asked what made him happier, summiting Mount Everest 12 times or watching his father see the world again, he responded, “I am more happy that my father’s sight is returned.” 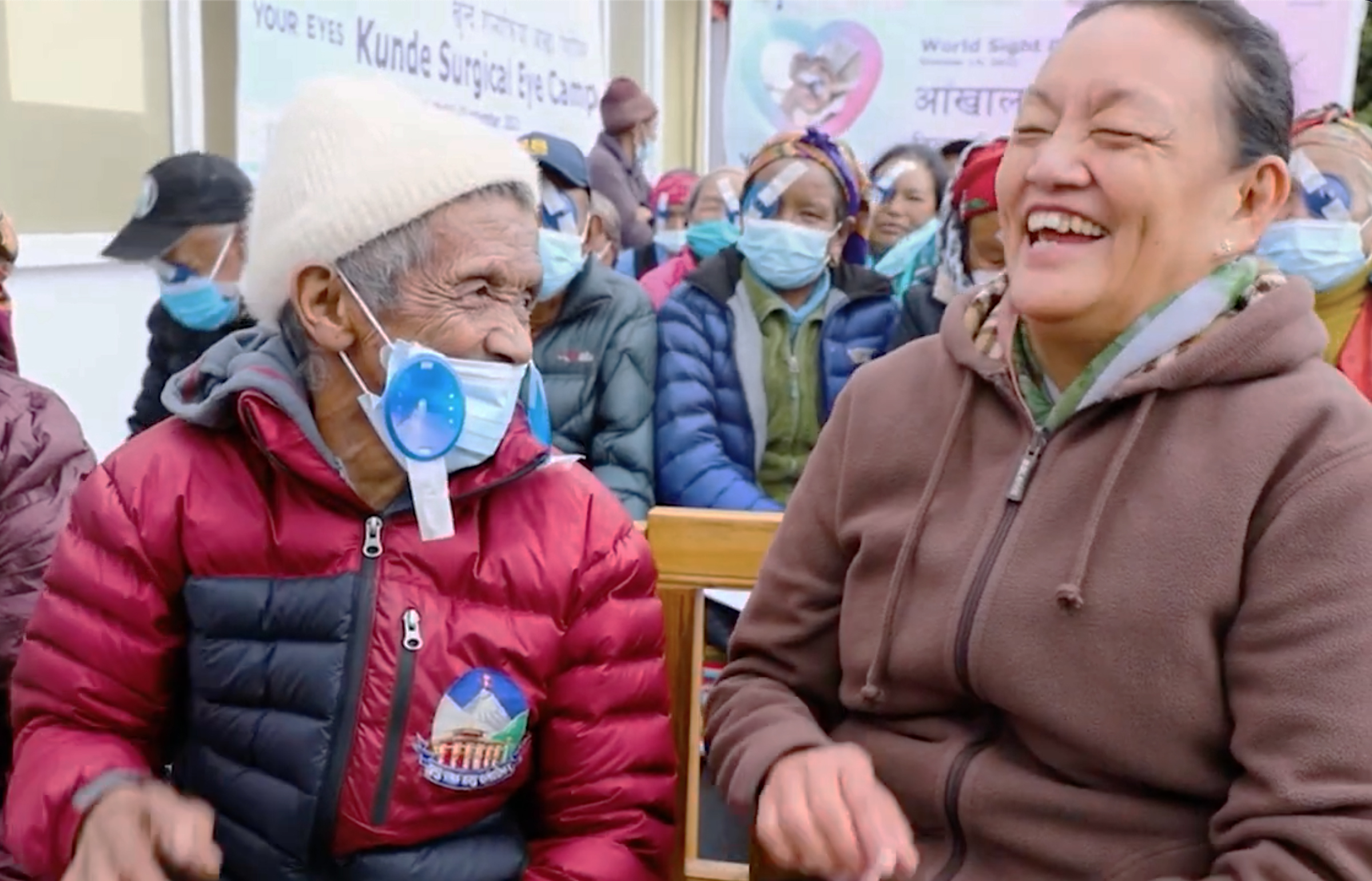 Dr. Gurung reflected on the journey to the region, “When we decided to come to the Khumbu area to do this eye camp, we had excitement and at the same time fear, whether we could make it or not. But we did.” She continued and affirmed that, “although it was difficult, this is the best World Sight Day celebration ever.”

Due to its remote, mountainous location, eye care in the Khumbu region is otherwise unattainable, making outreach services essential for patients in need. This outreach was conducted by the District Community Eye Center (DCEC) Solukhumbu, the Tilganga Eye Disease Institute, with local collaboration with Khunde Hospital/Himalayan Trust, the Khumbu Pasang Lhamu rural municipality, and support from the Himalayan Cataract Project.