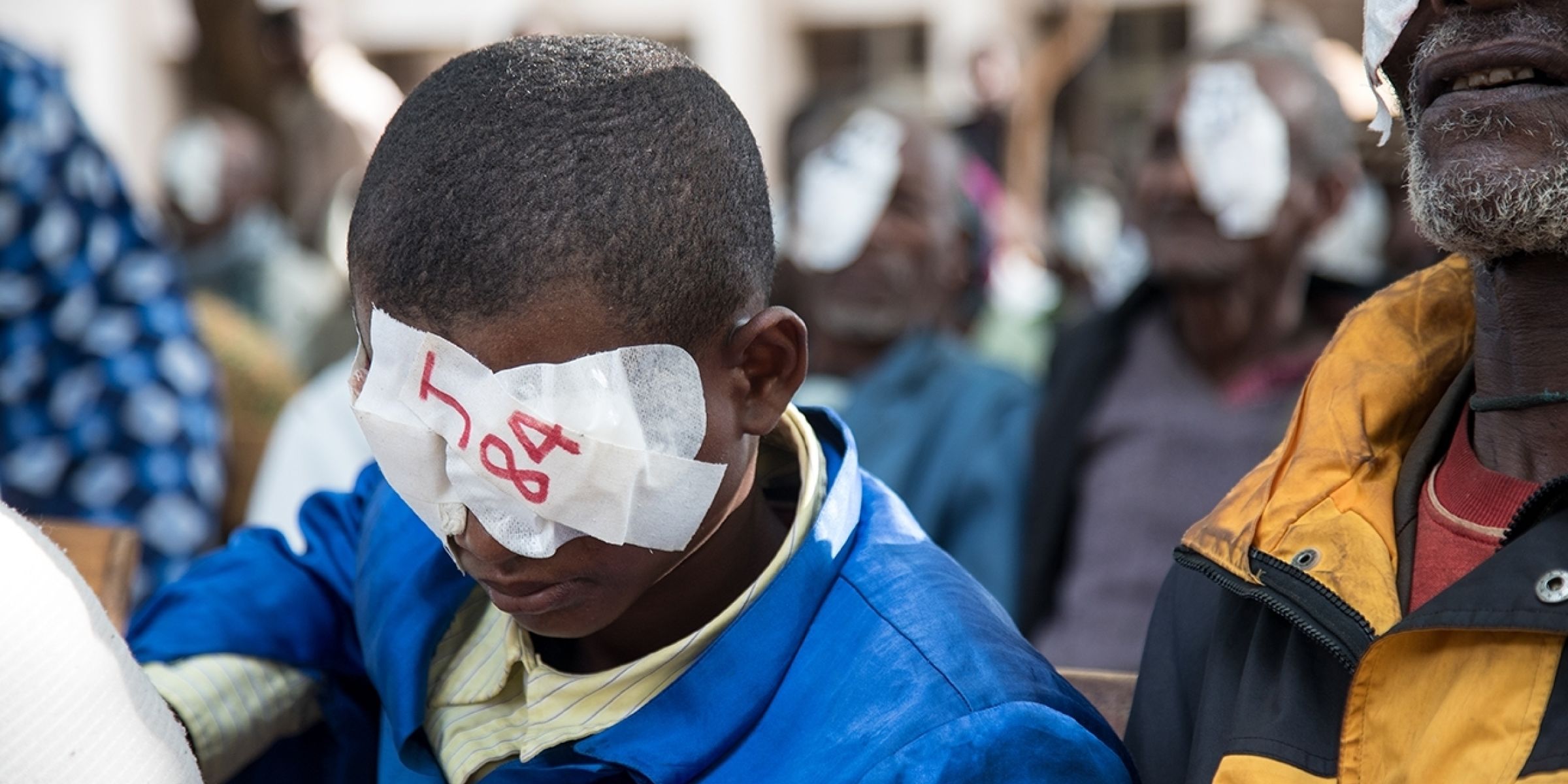 Melkemu is a 14 year-old boy who was brought to a high volume cataract outreach at Arba Minch Hospital in Ethiopia by his father, Melkechi. Subdued and shy, with cataracts in both eyes, Melkemu spoke so softly you couldn’t even hear him.

Melkemu's cataracts started to develop seven years ago. Four years ago, his vision had deteriorated so significantly that he was only able to perceive light. Bullied for his blindness at school, he was forced to withdraw after the 2nd grade. With no options for childcare available, Melkemu accompanied his father everyday in the fields as he worked, sitting under a tree waiting for him to finish.

The morning after his surgery, Melkemu’s eye patches were removed by HCP Affiliated Ophthalmologist, Dr. John Welling. When his patches came off, Melkemu kept his head down and eyes closed before taking a deep breath, as if mustering the courage to face his new reality. Melkemu blinked in the brightness of the morning sun - immediately tears began to run down his cheeks.

Dr. Welling asked “how many fingers” and for the first time, you heard Melkemu’s voice, “one.” Dr. Welling moved his arm back a foot, (louder) “two” then a few feet away, his voice (even louder), “five.” The impact of sight restoration is reflected in Melkemu’s story. Watch Melkemu’s video below to experience this moment with him and hear Dr. Welling talk about his procedure.