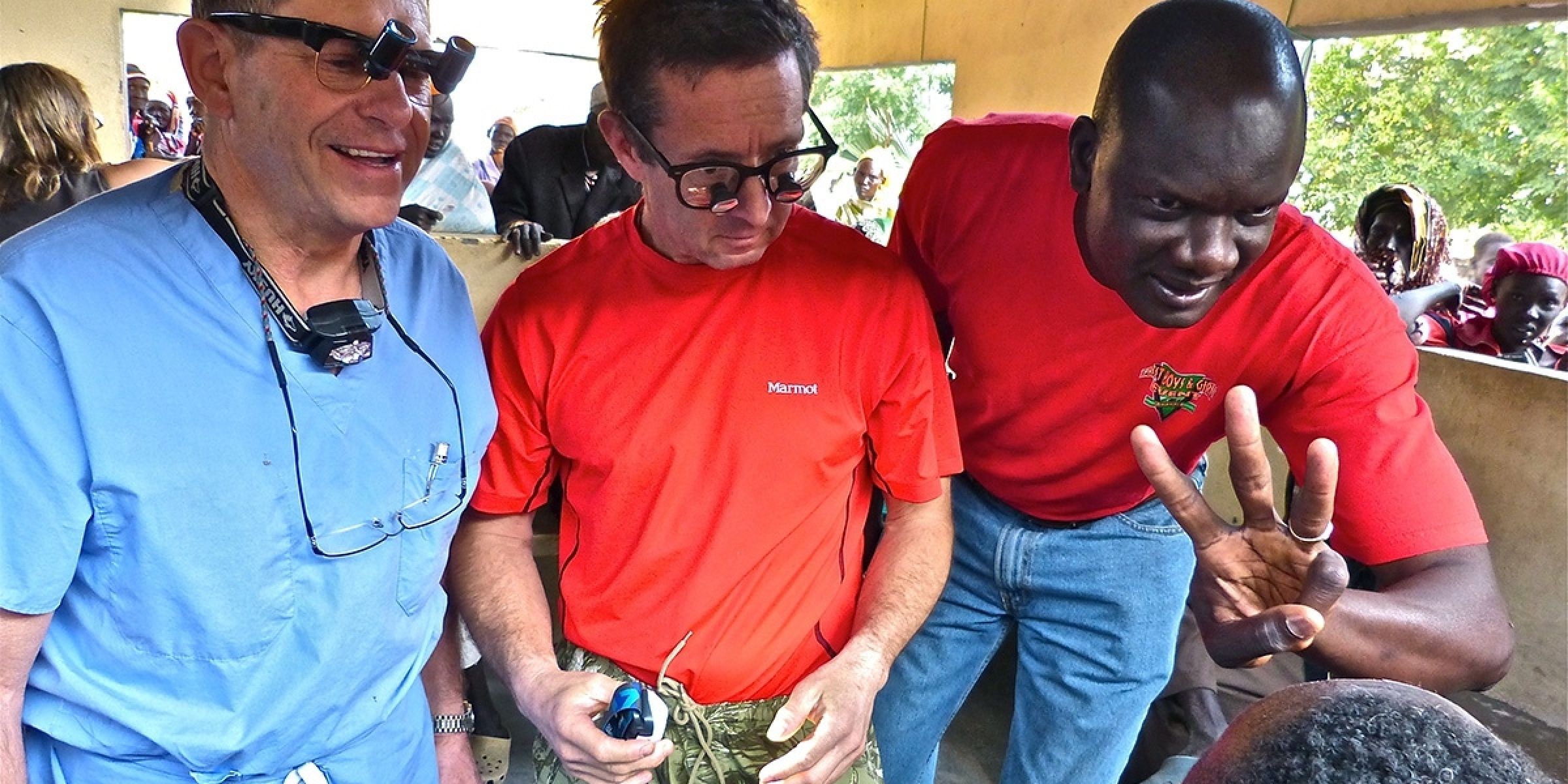 Global eye care lost a champion with the recent passing of Dr. Alan S. Crandall, a brilliant surgeon whose compassion knew no boundaries. On behalf of the Himalayan Cataract Project, Tilganga Institute of Ophthalmology and the hundreds of ophthalmologists from around the world that Dr. Crandall trained and mentored, we extend our deepest condolences to the Crandall family. 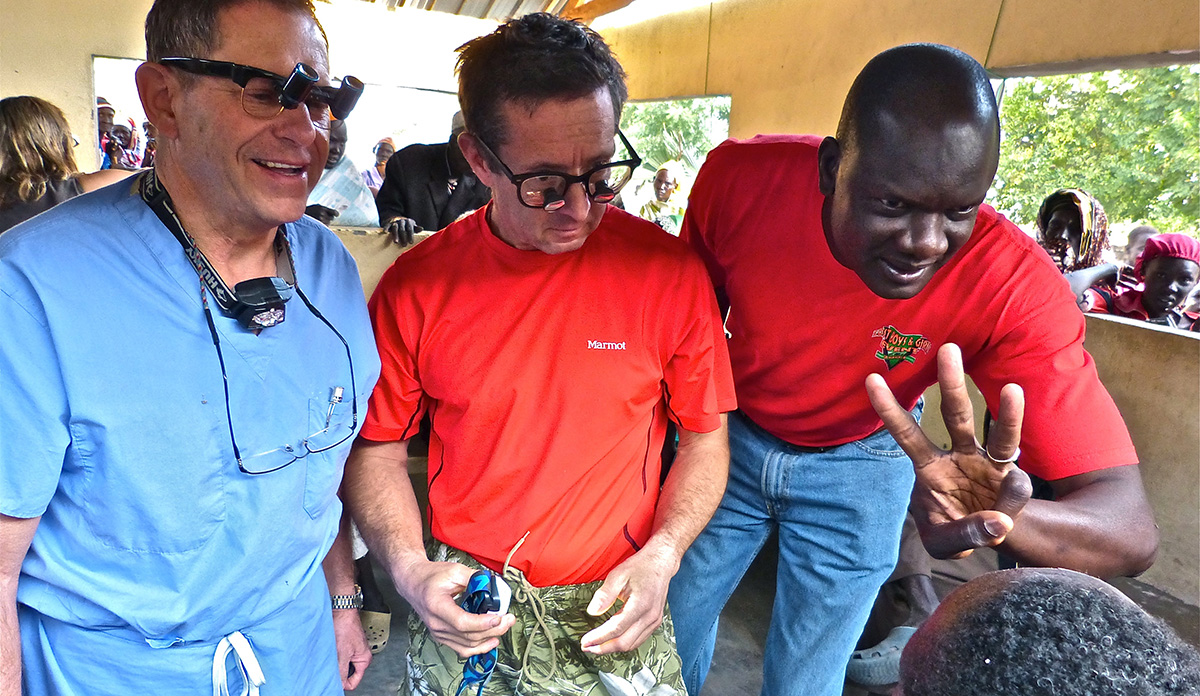 Dr. Crandall was truly passionate about ophthalmology. He trained hundreds of surgeons around the world and performed countless free surgeries to restore sight in Utah, on the Navajo Nation, and in more than 20 countries, including Ghana, Nepal, and South Sudan. He received worldwide recognition for his humanitarian and educational work.

Alan Crandall was special. Low key, but with a unique sparkle for life and twinkle in his eyes. He had a gentle, joyous bearing that made everyone feel welcome in his world. His easy going demeanor belled the degree to which he strived for excellence and demanded maximal effort from his trainees. His surgical skills were legendary, as were his dedication to teaching, his devotion to each and every patient, and his global passion for all people and improving eye-care. He was the embodiment of the word “kind.” He was one of the nicest people in ophthalmology and, without a doubt, one of the craziest. 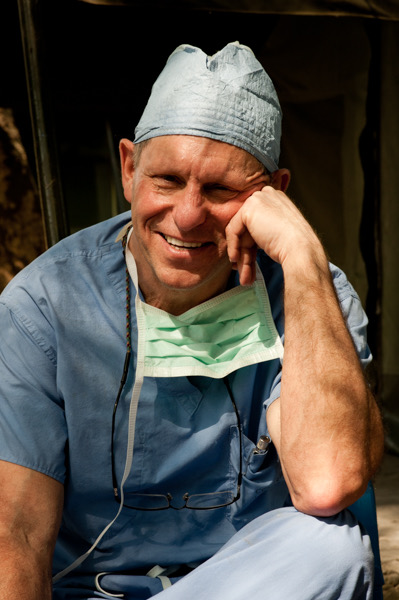 Alan’s love of people and life was infectious. He never passed on an opportunity to teach, to share, or to experience everything in life. Dr. Crandall was famous for his work in Africa, Asia, South America and the South Pacific. He often operated and taught from seven in the morning until nine at night with almost no breaks. Less known was that he would then help the nurses clean up. When everyone was finished and floors swept, he would break out the first of several Star beers. One year, in Tanzania, there was a Congolese band playing in the courtyard of our hotel until past midnight every night. It was impossible to sleep, so Alan grabbed a cowbell and danced and jammed after our 14-hour work-day. Alan was the only member of our team who seemed fresh in the morning.

After that trip, he and his wife, Julie, joined me and some professional mountaineers to scale Mt. Kilimanjaro. He kept up a reasonable pace to the top but seemed a bit slow on the descent. It was then that he admitted that he was only 3 months post-op from having a total hip replacement surgery. He had been the starting quarterback on a Utah high school championship football team and an aggressive skier. Through the years, his orthopedic injuries mounted but I never heard him complain. His gait became stiffer, but he never lost the bounce in his step.

In 2009, returning from a week of teaching and cataract surgery in Kumasi, Ghana, we made the mistake of putting a portable phaco machine on the luggage rack inside of our bus. After wobbling and bouncing through a particularly deep rut in the road the phaco fell directly on Alan’s head. Dr Crandall was hard to kill. He was momentarily dazed but said he was OK. We drove to Accra and then flew all night to Amsterdam and then Salt Lake City. As usual, Alan had a full schedule of surgery at the Moran Eye Center his first day back. He completed his last case before he, uncharacteristically, mentioning that his head and neck hurt a bit. He walked to the ER for X-rays and was directly admitted to the neuro ICU with an unstable neck fracture. He had emergency surgery that night to fuse his cervical spine. 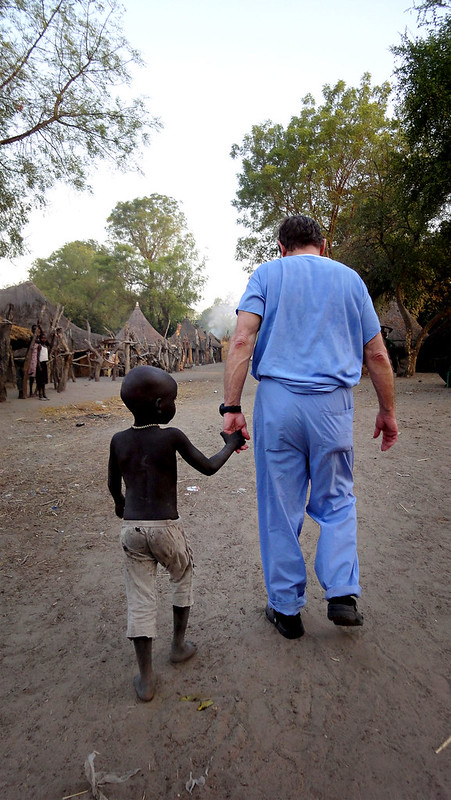 I had the joy of working with Alan in Nepal, Bhutan, China, Kenya, Tanzania, Ghana, Ethiopia and South Sudan as well as at the Moran Eye Center at the University of Utah. Everywhere he went he made every trainee and local doctor and nurse feel special. In South Sudan we operated, during a heat wave, in a tin roofed shack that was more like a convection oven. The temperature outside, in the shade, was well over 100 degrees. Inside, Alan was dripping with sweat and a scrub nurse had to wipe his brow with an alcohol soaked sponge every 3 minutes to prevent perspiration from falling onto the operative field. We struggled with a failing generator, shortened fornixes, corneas clouded by trachoma and climactic dystrophy, hyper mature cataracts, pseudo-exfoliation and operated in shorts and scrub tops with no gown due to the heat. Biting insects swarmed and fed at our exposed flesh and bats raced through the air feasting on the flies. That night, over rice, beans and iodinated water, Alan sincerely said ‘that was the best day of surgery of my life. I have never seen so many difficult cases and people with such needs!”

Alan never slowed down, and never lost his enthusiasm or love of his family, friends and humanity. He became a minister on-line and married the first same sex couple in Utah as well as several friends, including me. When the AAO or ASCRS was in Chicago, he topped a full day of teaching and meetings with late night Blues. In New Orleans, it was Jazz. At age 69, he took up mountain biking and completed Park City’s infamous Tour Des Suds on a hybrid city bike, crossing the finish line an hour after his closest competitor. He went on a father-son trip rowing through the Grand Canyon and did not hesitate during any rapid, or from launching himself off a 40 foot jump at Havasu Falls despite having enough precious metal in his myriad artificial joints to sink a pirate ship.

Alan was a great father, husband, friend and mentor. He had a way of making everyone feel special. When you were with him, you were the most important person in the world. Alan Crandall was present in the moment, all the time. One of my favorite pictures is from South Sudan where Alan is holding a small child’s hand, walking him home. In his too short, but amazingly full life, Alan held so many of our hands, brought joy to our journeys through life and helped us reach where we needed to go. 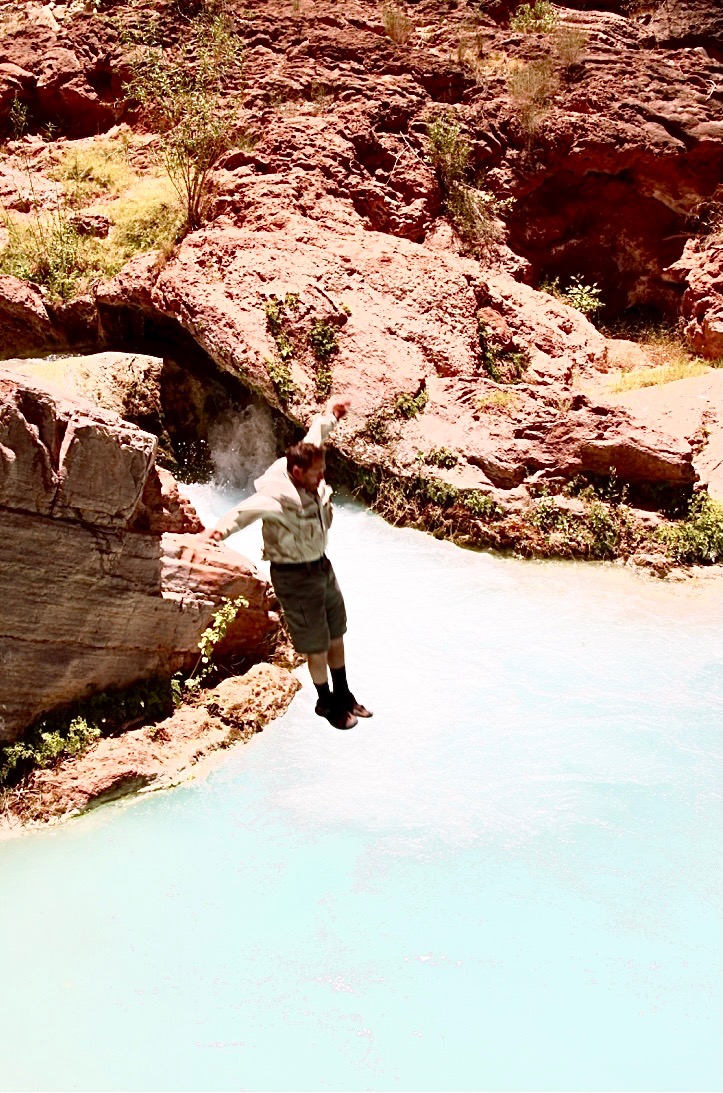