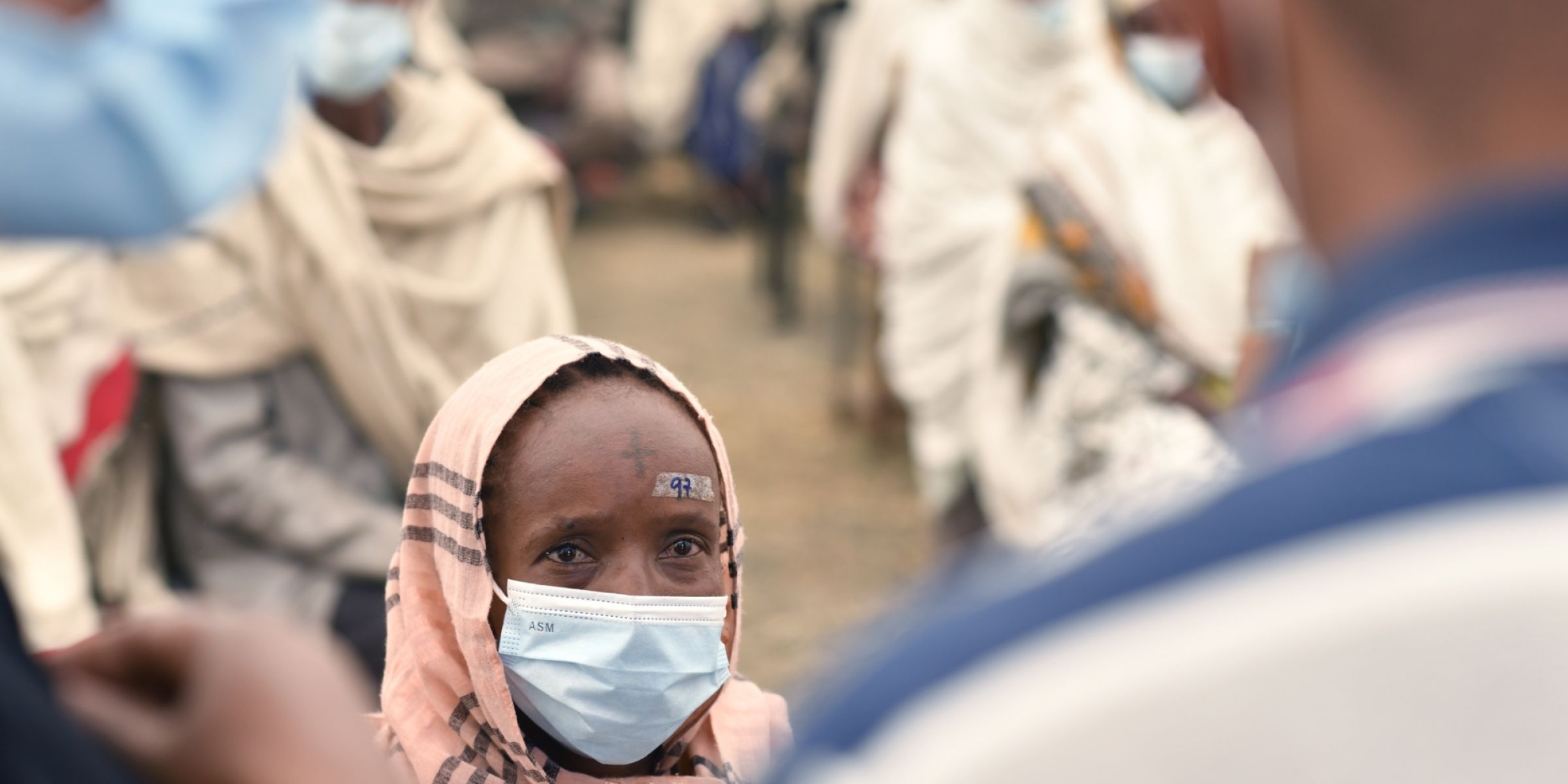 ​Yeshi Ali Yesuf, age 35, was born deaf and has been unable to communicate verbally her whole life.

She learned sign language when she was young, and because of that, she was able to attend school through 8th grade. Since then, Yeshi has worked to help people in their homes with cooking, cleaning or other chores.

About a year ago Yeshi suddenly lost her vision—leaving her cut off from the world. Unable to hear or see, her days were spent in darkness. The ongoing conflict in the region made it impossible for her to receive care and she was forced to rely on her family for all her basic needs.

When the conflict in Ethiopia began easing and the state of emergency lifted, medical teams returned to Boru Meda Hospital to find all the medical equipment smashed, destroyed, and raided by the occupying soldiers. The year-long battle for control of the area left residents desperate for critical eye care services, but without microscopes and other medical equipment, getting Yeshi the care she needed was impossible.

HCP answered a call for aid from the federal government of Ethiopia and was able to quickly equip the hospital with new microscopes and supplies for surgeries. Yeshi’s eyesight was completely restored by a team of Ethiopia ophthalmologists at a high-volume outreach at Boru Meda Hospital.

After the bandages were removed following her surgery, Yeshi was communicating in sign language with her mother and was able to head home, walking on her own.