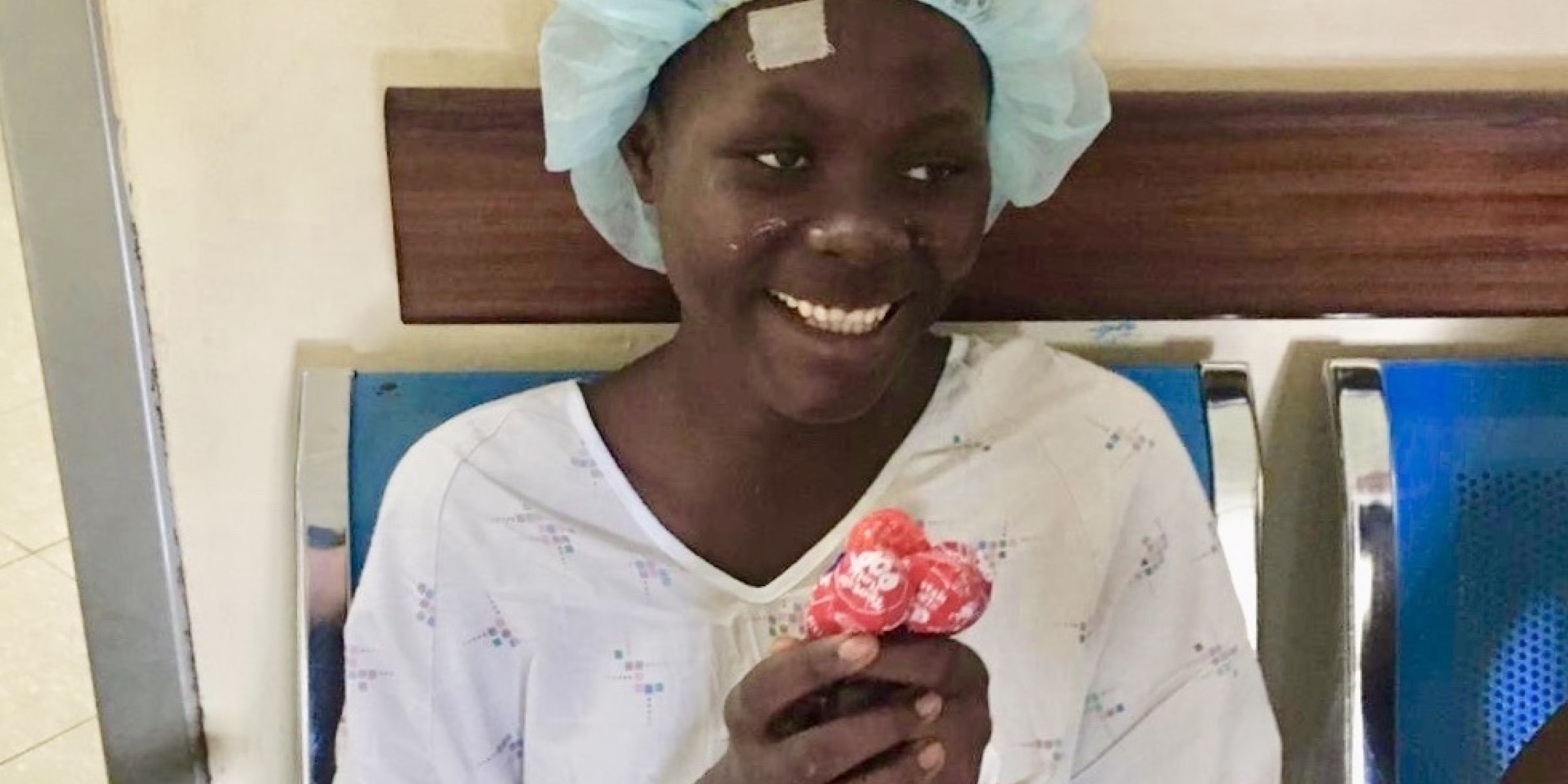 Meet Benedicta, a 17-year-old girl from Cape Coast, Ghana who had sight restored to both eyes after three years of blindness

Benedicta was brought to the Cape Coast Teaching Hospital (CCTH) by her mother early on the second day of our outreach there with cataracts in both her eyes. Benedicta’s cataracts were caused by uveitis. According to the National Eye Institute’s website, uveitis is a general term to describe a group of inflammatory diseases that produces swelling and destroys eye tissues - sometimes this can lead to the development of cataracts. The uveitic cataract is a complicated cataract and can sometimes lead to intraoperative and postoperative complications.

After her diagnosis, she was told she would need surgery but fear set in and Benedicta was unsure if she would go through the procedure. HCP Medical Coordinator for Ghana, Dr. John Welling masterfully walked Benedicta through the complicated nature of the surgery and also explained the possibility that her sight may not be restored, given the complexity of her case.

The morning after her surgery, Benedicta’s eye patches were removed by Dr. Welling and HCP Volunteer, Klarity. When her patches came off, Benedicta was quiet, keeping her head low and eyes closed for about a minute. Then Dr. Welling asked, “can you see Benedicta?” To which she responded yes, with the most beautiful smile beginning to stretch across her face.

Benedicta’s story truly shows the impact of sight-restoration, please enjoy the video above to experience this moment with her.